This year marked the centenary anniversary of the end of the First World War. A war which killed millions, including 1,747 young men from Hartlepool and West Hartlepool. Alongside volunteers from across the Town, I helped write the individual names of each Soldier on remembrance crosses which later formed a magnificent and poignant field of crosses at the side of the main cenotaph. Again it was volunteers from the Town, especially young people from the National Citizenship Service, coming together for the common good, who helped put the crosses in the ground.

The magnificent turn out at the Cenotaph on Remembrance Sunday was impressive and some say it was the biggest turn out for years. For me it was a terrific example of the whole town’s pride in our veterans and those who gave the ultimate sacrifice in the Great War.

That same pride was reflected everywhere as I drove around the whole constituency after the events at the Cenotaph; makeshift monuments and poppies were everywhere as well as wreaths laid at the Headland and Seaton Carew. It was a symbol of what people can do when they come together and made me feel privileged that I represent a place with strong communities, which have a deep pride in our history, have shared ambitions to make the Town stronger, are forward thinking and are ambitious for the future, especially for our young people.

Talking about young people the worrying trend of knife crimes and homicides in London alone reminds me as a Politician that, as we have witnessed once again this week, Brexit has been dominating the agenda at the expense of other important legislation like the Offensive Weapons Bill.

Last year there were 116 murders in the capital, while so far this year there have been 121 including 69 stabbings. As police numbers dwindle across the country crimes involving weapons are on the increase. More lives are at risk because of an unacceptable Parliamentary delay on introducing this flagship legislation, which includes a ban on online knife sales to juveniles, a ban on carrying acid in public and a ban on the possession of knuckle dusters, Death Stars and other weapons. Due to other pressing business the Bill has now slipped off the agenda twice even though it is at its final Commons stage of having its third reading; the last step before becoming law. In my opinion the delays enable the continued possession of, and access to, weapons that cause unimaginable suffering to people and communities, including the shocking new trend in the use of corrosive chemicals.

One piece of legislation that did get put into law was the Assaults on Emergency Workers (Offences) Bill and rightly so; over the bonfire night season Cleveland Fire Brigade reported a spike in assaults on Firefighters while attending fires and an ambulance was deliberately targeted by people throwing fireworks whilst transferring a patient to hospital. Such attacks are clearly unacceptable and need to be tackled with the full force of the law. 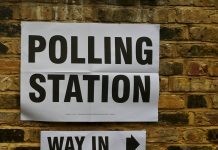