It’s always a pleasure to be back in the Constituency being amongst the real people who’s voices I am charged with representing in Parliament. Last week alone, apart from being in Westminster, I was busy back here Friday onwards with my weekly Surgery, visiting the Boys Brigade as part of Parliament Week, attending the Nasir Mosque peace conference, the Burn Valley Residents Association Christmas Fair, the arrival of Father Christmas at the Middleton Grange Shopping Centre and the planting of a Commemorative Wood at Summerhill as part of the Queen’s Commonwealth Canopy project. Sometimes I don’t know whether I’m coming or going, but being amongst ordinary folk and just having a chat is the best tonic.

Looking after your own backyard as an MP is, in my book, the most important thing to do. Getting to know the feelings of local people, local businesses and others face to face really does give me a more informed opinion of life than the deluge of emails on many issues I get day in day out on a whole range of topics. Brexit in particular at the moment. Therefore it was a nice distraction from the day to day pressures of the job to visit our Posties recently at the delivery office on Clark Street. They were really up against it when I called round with so called ‘Peak' (aka Xmas) post piling up already and it was good to see the amazing enthusiasm they had for the job in light of competition and the pride they had in the Royal Mail brand; reminded me of our ambitions over renationalising the railways and the support Labour has for that policy.

Given all of this I really get annoyed when people put the Town down or repeat untruths when they know better. For example, to those who persist in peddling the myth that we have no hospital services at all I say you are doing the Town no favour; you know fine well we have a vibrant hospital providing over 50 services.  Yes we lost our A&E under spurious circumstances like many other hospitals but by spinning out such rumours you are engaging in a self fulfilling exercise and are guilty of letting your fellow citizens down; the very same people who are fighting to defend the hospital, bring back NHS services like a much needed mental health crisis walk in centre and who are pushing hard and successfully against a housing development on hospital land.

If such people said ‘It feels like we are losing hospital services’ it would be a different matter and I would agree with them. Before my time we lost our A&E and our Magistrates Courts, which were woeful decisions, and indeed rightly suggested we were losing important services to other places. Now it’s the turn of our police custody cells set to be ‘mothballed’ next year. In light of Mondays national BBC news expose of the state of policing in Hartlepool I have spoken directly with the Police and Crime Commissioner to demand a meeting over the future of the Custody Unit and for improved resources to policing in the Town. It’s very clear that there are very few, if any, Bobbies on the beat or PCSO’s and that crime is on the rise as a consequence. With 500 less Police Officers since cuts began in 2010 and 50 less PCSO’s we have to apportion blame on the Government and their austerity agenda but the Police are there to protect us and keep our communities safe. They are clearly overstretched and failing to do that and that makes me not only angry but determined to see improvements. 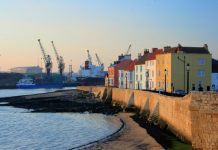 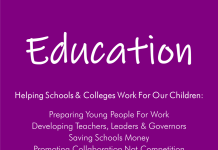