Hartlepool Labour Party
Tuesday, April 7, 2020
Home Uncategorized Labour will bring in new powers to cut your energy bills –...
Facebook
Twitter
Google+
Pinterest
WhatsApp
Ed Miliband announced Labour will give the energy regulator the legal duty to ensure prices are fair and the power to cut bills this winter.
The new legislation is being drafted to put an immediate end to the overcharging by the Big Six energy firms which consumer groups estimate is costing families and businesses £2.5 billion a year.
The Government has admitted there is a problem with consumers being ripped off, but it has refused to act against the big energy firms.
Over the last year wholesale energy prices have fallen by an average of 20 per cent but the Big Six energy firms have reduced gas bills by a meagre one per cent to five per cent - while electricity bills have not been cut at all.
Labour has already declared that it would freeze prices – so they can only fall and not rise - for 20 months while the energy market is reset.
But the new legislative plans announced goes further by setting a clear timetable for changes so that consumers pay fair prices this coming winter.
In one of the first Bills of the new Parliament, Labour will give Ofgem a legal duty to review prices by the autumn – and the power to order price reductions in time for the winter.
The consumer group Which? says that further cuts of up to 10 per cent in gas and electricity bills should be made this year.
Such a reduction would save the typical family at least £100 this winter, on top of the savings they will get from Labour’s plan to freeze gas and electricity bills until 2017.
Labour has set out a better plan for Britain's future, a plan that works for working families, rewarding the hard work they do and saving the NHS they rely on. 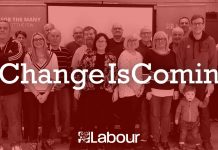 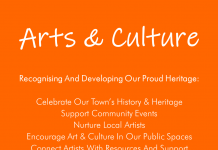