Hartlepool Labour Party
Monday, May 25, 2020
Home Healthcare NHS Funding: Not All As It Seems?

Following pressure from Cabinet members and MPs Theresa May, aware that Tories are toxic with voters on the NHS, has pledged to bring long-term funding to our health service. The cross-party Parliamentary body charged with scrutinising value for money of public spending have long argued that this is much needed.

“The NHS continues to scrape by on emergency handouts and funds that were intended for essential investment. We have said it before and we will say it again: rescue packages and budget transfers are no substitute for a coherent, properly funded strategy that enables NHS trusts to plan, focus on patient care and lay the groundwork for long-term financial sustainability. Government’s last-minute response to what were entirely predictable winter pressures is just the latest vivid demonstration of why fresh thinking is so desperately needed.”

The need for funding change is clear. The motives of this Tory Government, however, must be questioned, as their implementation of it may not be what we want. The privatisation of NHS services, a key Conservative objective, continues at pace yet is not widely reported. Most people do not acknowledge this privatisation; nor do most see it as a real threat to a health service free at the point of need.

A problem for those wanting to privatise the NHS is that pound for pound the NHS is one of the most effective health systems in the world. Private providers have only one interest in taking over NHS services - to make money. There is, however, not enough money to be made from existing NHS budgets.

Efficiency gains will be hard to find after years of pruning and it’s is clear the NHS is now reliant on millions of hours of unpaid overtime by dedicated staff. In a privatised system the economies of the current wages, already below the market rate, just won’t add up. Equally the lack of forward investment means many parts of the NHS are not sustainable financially and so, for the most part, it is unattractive as a private investment opportunity.

To be attractive privateers need to see a steady profit over a number of years. The 2012 NHS and Social Care Act opened the NHS more widely to private providers and since there have been numerous private attempts fail because the profit just was not there:

Jeremy Hunt is now, however, seeking private takers for the Accountable Care Organisations he favours so much, so now is arguing that it is the right time to put more money

Public money into the health service; more money to ensure it is attractive to private providers!

The Conservatives investing to deliver more and better health care services? Most certainly no.

It is clear that investment in the NHS by this Government carries significant risk. Risk that a large proportion of that investment will be diverted to the profits of private health companies.

We must not forget the lessons of Carillion.

This is not to say no to much-needed funding. It is, however, time to wake up to this creeping privatisation and time to step up our campaigns to stop it! 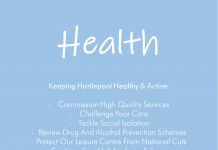 Health: How Can We Keep Hartlepool Healthy & Active? 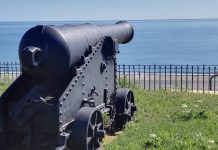